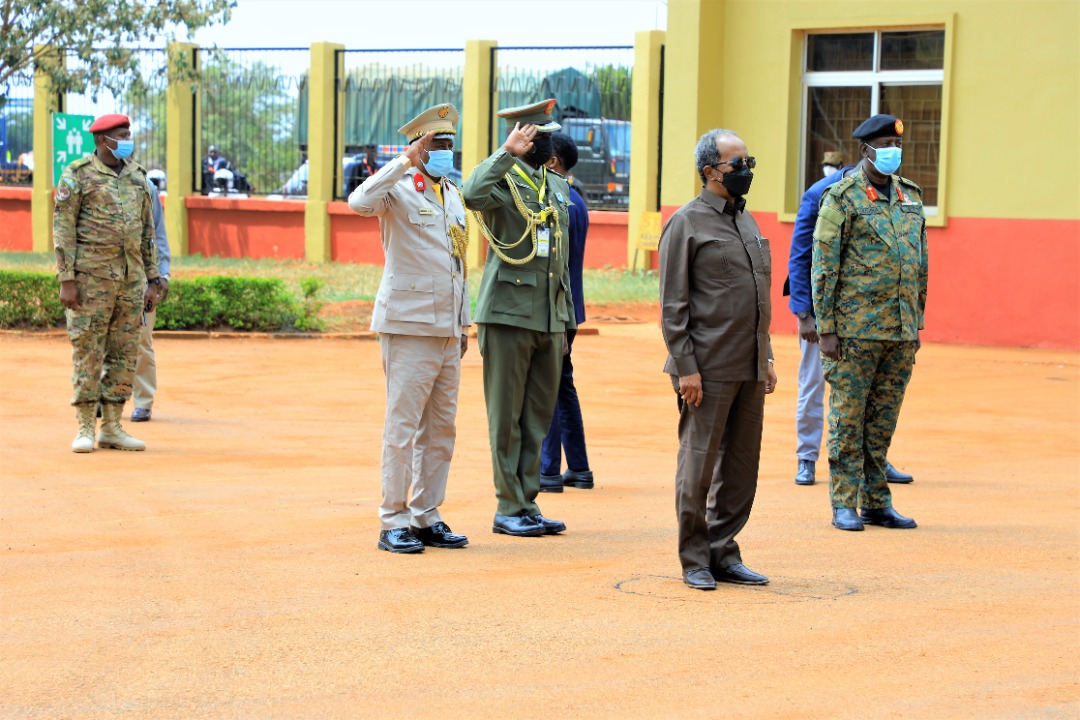 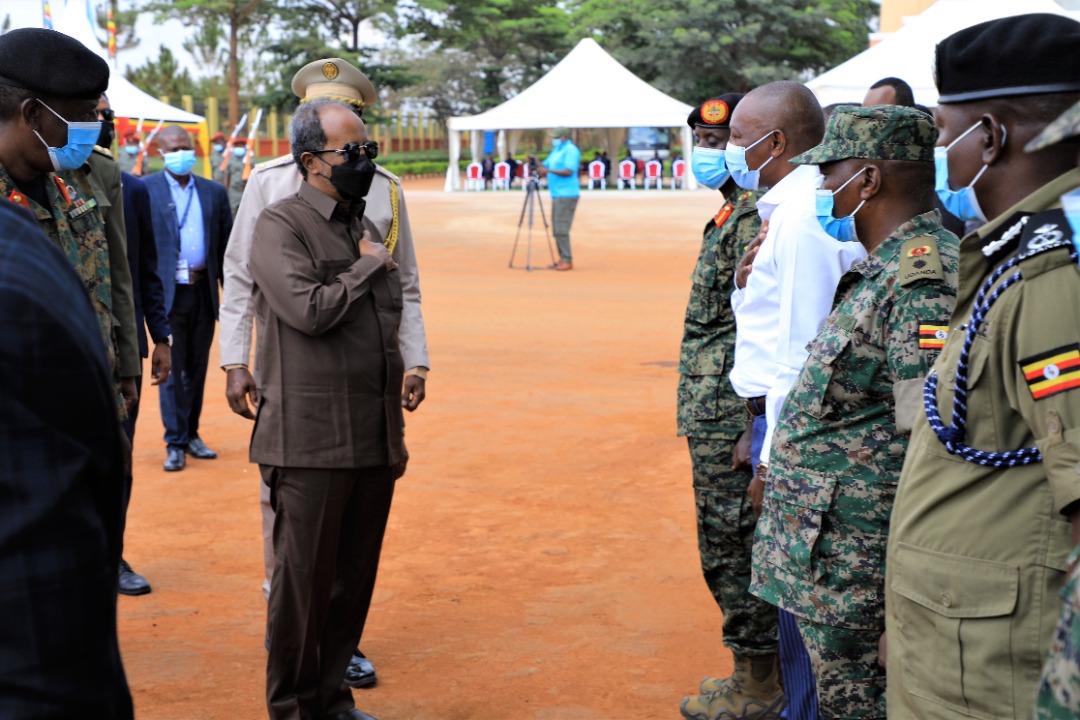 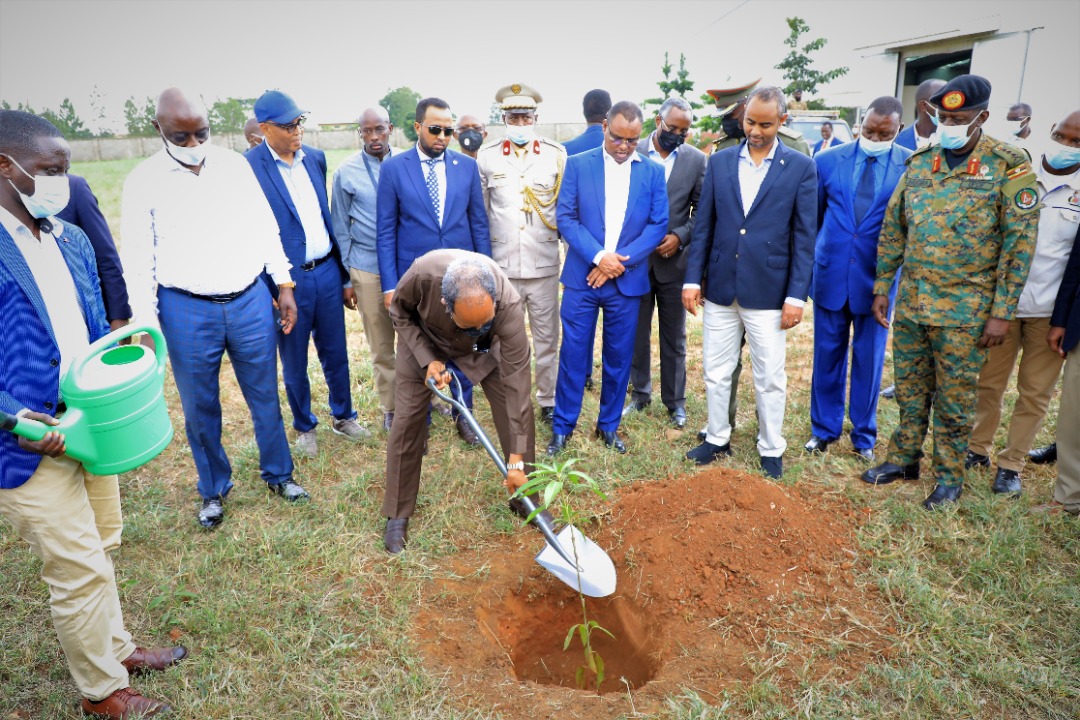 Micheal Emetu2022-08-10T07:37:34+00:00
0 Comments Like: 0
Yesterday 9th August 2022, H.E  Hassan Sheikh Mohamud, The President of the Federal Republic of Somalia visited Luwero Defence Industries in Nakasongola.
He was accompanied by Hon Vincent Bamulangaki Sempijja, the Minister of Defence and Veteran Affairs.
The President was welcomed by Lt Gen James Mugira, the Managing Director-National Enterprise Corporation (NEC) to the Headquarters of Luwero Defence Industries.
The President appreciated and congratulated UPDF under the leadership of H. E Gen (Rtd) Yoweri Kaguta Museveni for not only defending the territorial boundaries but also developing the country using its local resources and technology. He said this is not only good for Uganda but also to the region.
The President further said that Somalia will greatly benefit from Uganda’s experience and technology as the two countries continue to work together, collaborate, build bases for future engagement and  cooperation.
He said he was amazed at the diversity of the areas the military is engaged in.and thanked  NEC for progressive leadership.
Gen Mugira on his part congratulated the President upon his election to the highest office  of the Presidency of the Federal Republic of Somalia.
Gen Mugira said NEC is looking forward to closer collaboration and cooperation with the Federal Republic of Somalia especially in the area  of Defence.
Maj Gen Sabiiti Muzeyi,  the General Manager, Luwero Defence Industries, briefed the President on the activities and operations of NEC/Luwero Defence Industries and its Joint Ventures and Partners.
The President and his delegation were later taken on a guided tour of the Surgical Medical Masks Production Facility,  Oxygen and Nitrogen Production Plant, Veba Wood Working Machinery for making machine tools and NEC-STREIT armoured vehicle manufacturing facility and PRO-HELI International Services for the maintenance,  Repair and Overhaul of Mi Series helicopters.