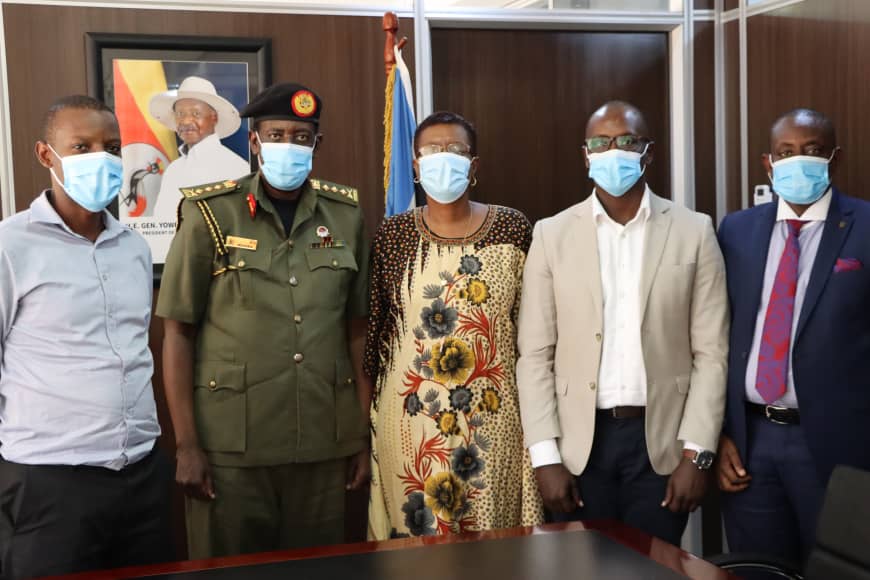 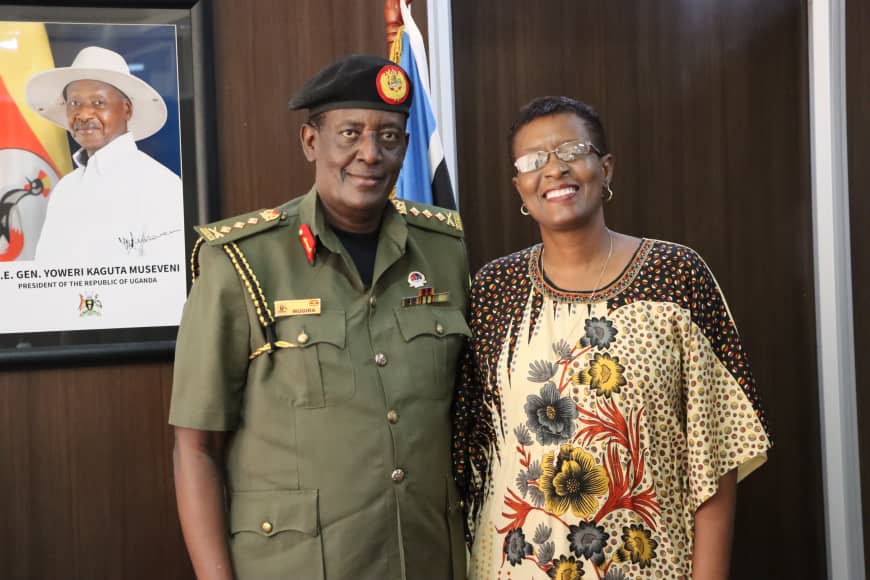 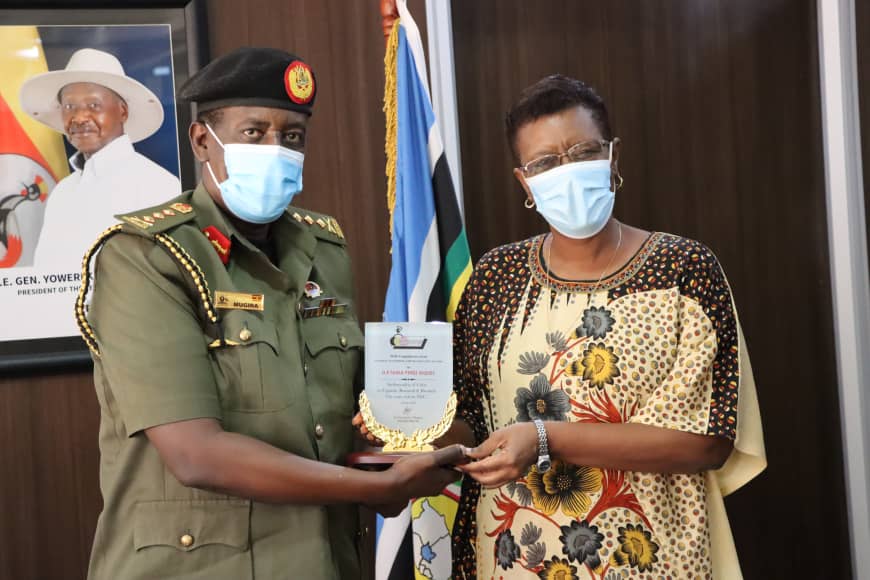 Micheal Emetu2022-05-10T13:06:35+00:00
0 Comments Like: 0
The Managing Director National Enterprise Corporation (NEC) Lt Gen James Mugira has today 10thMay 22 received the new Ambassador of Cuba to Uganda H.E. Mrs. Tania Perez Xiques at the NEC Head office in Bugolobi.
H.E. Mrs. Tania Perez Xiques informed the Gen  that yesterday 9 May marked the 48th Anniversary of the establishment of bilateral Diplomatic relations between Uganda and Cuba and hailed the relationship between the two countries.
She appreciated the bilateral cooperation existing between the two countries especially in the medical field noting that Cuban doctors were instrumental in setting up Mbarara University of Science and Technology in 1990s.
Gen Mugira on his part welcomed H.E. Mrs. Tania Perez Xiques to  Uganda and NEC and saluted the Government and Cuban people for their support to the African people in the Anti Colonial and anti – Apartheid Struggles and their sacrifices citing the eight day Cuito Cuanavale battle in Angola which marked the beginning of the end of white minority domination in southern Africa, the dismantling of the apartheid system, and the total liberation of Africa.
He observed that the two countries have enjoyed close friendship and supported each other at international fora through the Non Allied Movement, G77 and at the UN on strategic, political and socio-economic interests.
Gen Mugira briefed H.E. Mrs. Tania Perez Xiques about the activities and role  of NEC in the social economic transformation of the country and thanked the Cuba Government for
supporting the NRA/UPDF medical Department in addition to training NRA personnel in the late 1980s.
The two principals agreed to identify possible areas of bilateral cooperation and collaboration including Construction and Engineering .